OK, I admit it. I have a problem. I am a plant addict. I thought everything was fine. I planted all I could plant this year. It is impossible, and too late, for me to plant anything else this year. That was, until I went to the Belknap Farmer's Market on Saturday. There, as I was looking for a friend for my tomatillo, I saw them: two flats of beautiful Bojangles Sweet Corn seedlings. I ignored them... until after I left. I've been thinking about those corn stalks since then. I made up my mind yesterday that I would go first thing Monday and pick out five. So, I did. 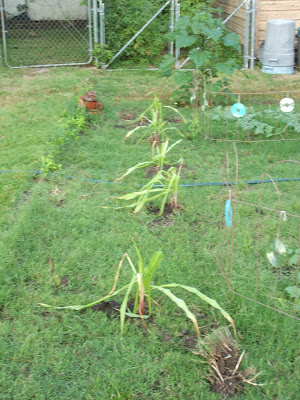 The row is a bit off, but here they are! I was able to get 5 pots for .99 each, 4 of which were twins (two in one pot), making 9 stalks total. I may have more corn than I can possibly eat come August!

The cantaloupe are coming right along, blooming and making little knots of melon. 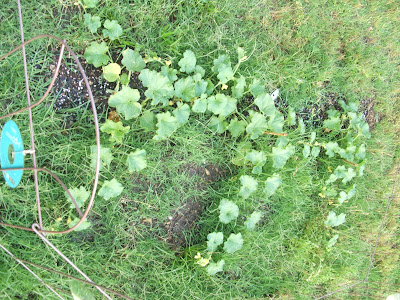 As are the watermelon... 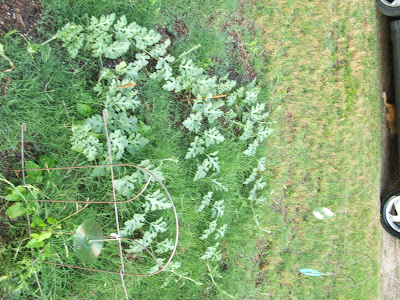 And now an update on the tomatoes. The Roma has, from what I can count, about 30 fruits on it, one which is about to be just ripe enough to pick probably by tomorrow. 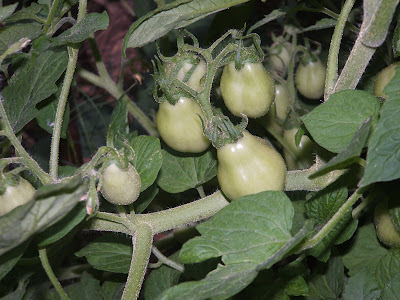 The Green Zebra are right behind with about 20 on the vine. 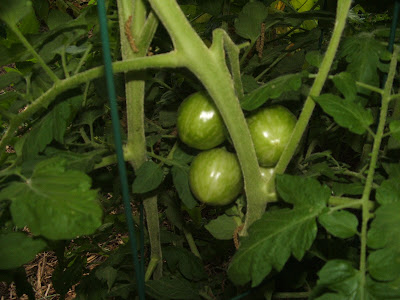 Purple Cherokee have three so far. I've been shaking them like crazy to get more, as well as rubbing flowers together (ya know, fake tomato sex). Not much more, but lots of blooms. 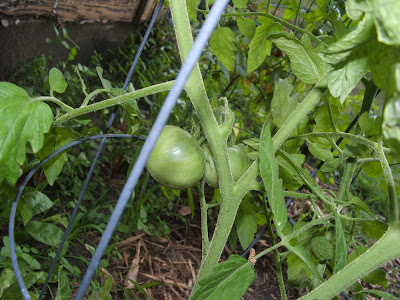 The Mortgage Lifter will not be paying off my mortgage this year, at least not yet. I have one little tomato on it right now. Again, I've been shaking it like crazy and trying to mate the blooms, but no more yet. 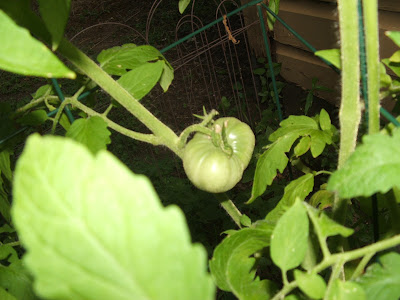 This isn't the worst, though. The laziest vines so far have been Boxcar Willie and the tomatillos (the reason for searching for the friend in the first place). There have been plenty of blooms, but they have been withering before they could be pollinated. 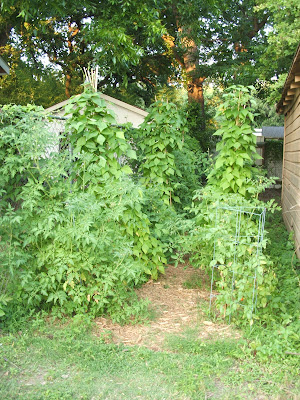 But, the garden is huge anyway! The Yellow Pear is at the top of the 6 foot fence now, and the Green Zebra is as tall as me. 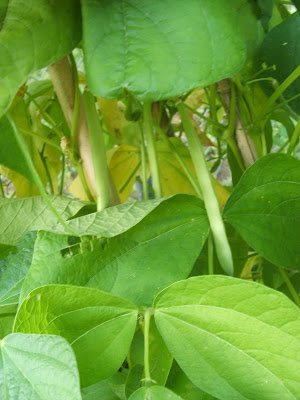 The French Green Beans have actual beans on them. Several are probably ready to pick, hopefully enough to have for dinner either Tuesday or Wednesday.
Posted by Rachel Pilcher
Newer Post Older Post Home