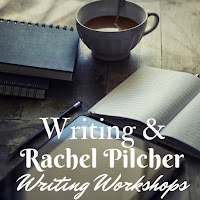 
Works in Progress/Completed and being Submitted:
Other Duties as Assigned- (In Progress) Short Story Collection detailing the ins and outs of working in a public high school.
The Bookmobile- (Completed) Feature Length Screenplay about a school librarian who loses her job and is relegated to taking on the only available library position available in her area: that of the bookmobile driver. Novelization of story in progress.
The Big Blue Spruce- (Completed) Feature Length Screenplay about a group of militant vegetarians who take over a diner to force conversion.