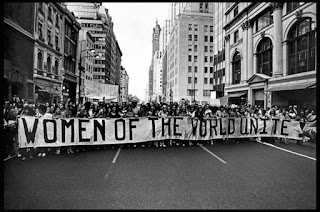 I was one of those who wouldn’t listen. I couldn’t possibly believe that our country would really let someone like Donald Trump become president. I was wrong. I realized this entirely too late. By 11pm on November 8th, I knew we were in major trouble. I had to go to bed. I awoke at 2:45am in a panic. I had to check the results to see if they turned around. They hadn’t. We had a new president and it wasn’t the most qualified person. It wasn’t the first woman. It wasn’t Hillary Clinton. It was Donald Trump.


From 2:45am until about 7am, I think I went through most of the stages of grief. Disbelief, despair, sadness, then pure anger. It helped me process. It then made me realize that I was part of this problem festering in our society. I was also complacent. Sure, I voted. I felt like I did my part. It is obvious that wasn’t enough.
I will not make the same mistake for 2020, or even earlier- 2018. I will be part of the revolution. I will organize. I will volunteer my talents to change this. Living in Tarrant County, the only large city in Texas to be so, so Republican, the challenge is there. I will talk with my friends. I will make sure they understand what has happened. I hope, especially for those who voted for Trump, they’ll end up having buyer’s remorse. So many said it was the emails, the lack of integrity on Clinton’s part that caused them to vote Trump or not vote at all. I don’t know how they could look at Trump and not think much, much worse than Clinton, but they did.
I will also do my part to petition for a change in the Electoral College. “Winner Takes All” is getting to the point that it totally disenfranchises a large segment of the population if the vote is only 1-2% difference. We need to be able to split that up a bit. As it turns out, the Electoral College petitions have to happen on the State level. Each state has control as to if the Electoral College is a “Winner Takes All” or decided by Congressional Districts by popular vote in each district. So, to change this, the state house and senate must vote on it to happen. This is where who you have representing you locally really comes into play. Remember- All politics is local. I don’t know what or how, but I am going do my best to petition our state representatives in Texas to change our Electoral College system. I will work to empower other districts to do the same. For more information, see http://www.ncsl.org/research/elections-and-campaigns/the-electoral-college.aspx
I’m not enraged. I’m moved to be engaged.