Garden 2008 Update: What happened while I was writing papers for finals!

With finals ending on Friday and getting my life back in order, I have completely ignored posting for the past two weeks! Ooops! Anyway, so much has happened. It seems as if the tomatoes grow a foot a day, so my pictures here are probably already out of date. 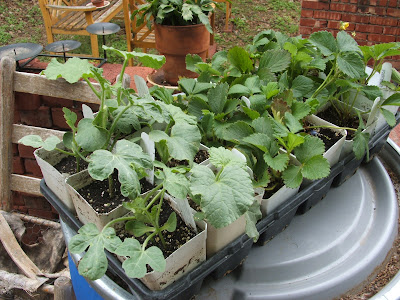 Two Saturdays ago I bought some strawberries, watermelon and cantalope plants. 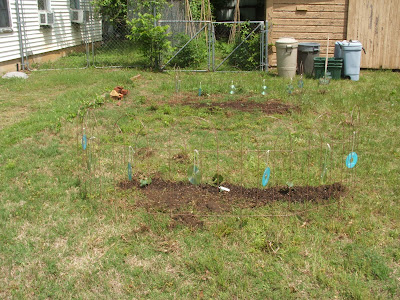 I planted the watermelon and cantalopes in the driveway. I was afraid they would get ran over because the fence is brown (you can't even see it in the picture, can you?). So, I placed old, dead CDs on strings to act as reflectors. They work very well and have an eerie glow at night. 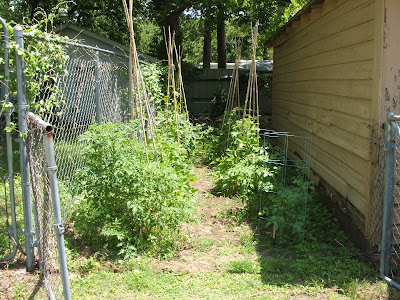 This is pretty close to what the garden looks like now, but I've added cedar mulch (local!) and, with all of the rain, everything is probably about a foot taller now. 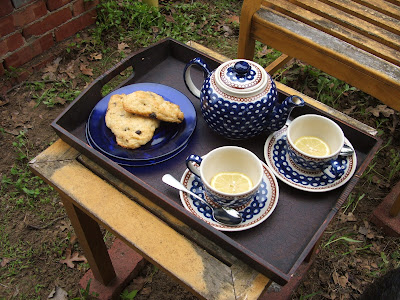 Mom and I stopped and had a nice pot of tea (not local- Harrod's Earl Grey #42, YUM!) and blueberry scones from the Artisan Bread Company purchased at the Cowtown Farmer's Market. This was on an unrealistically cold last Sunday in April (27th). 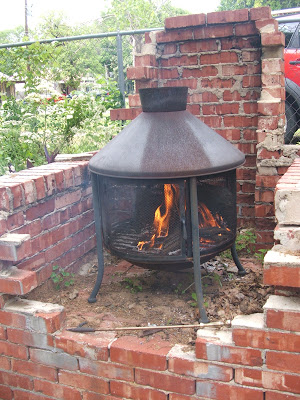 We also had a fire. I wonder if the burn ban is still in effect? 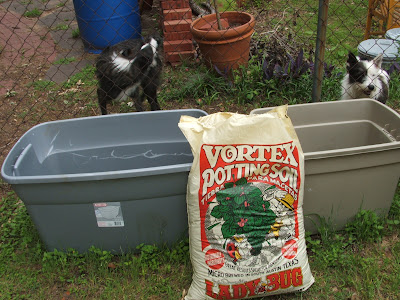 I bought this terribly expensive organic potting soil from the feed store. It's from Austin. I had no clue that Miracle Grow now made an organic potting soil (but now I have two bags of 2 cubic feet each which cost the same as this lovely 1 cubic foot Lady Bug stuff). The potatoes are now not going to be nearly as expensive to grow as they once were. 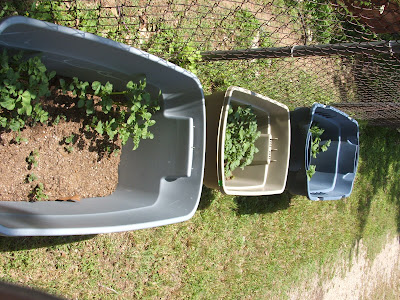 The potatoes do seem to be growing several inches a day, though, so it's good I finally found something cheap and organic! 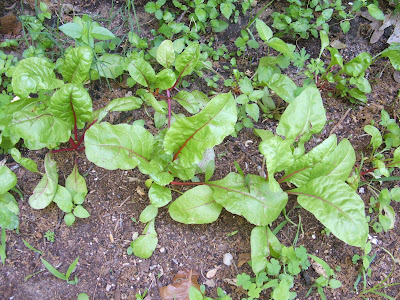 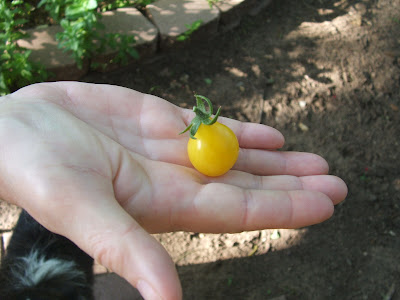 My first ripe tomato was picked today- A Yellow Pear! 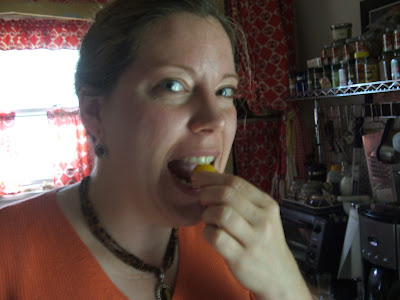