Update on Mom and a Cooler Colorado

Mom found out today that her surgery for her mastectomy will be on August 13th, so it was a very good thing that I decided to go to Colorado last week to visit my Dad. I'm not quite sure how all of the in-services are going to work out for my new librarian job, but we'll get to that when August hits.


Grannie and I left on July 5th and spent the night in Salida, CO (if you've read my screenplay, this is where it's set, guys!). 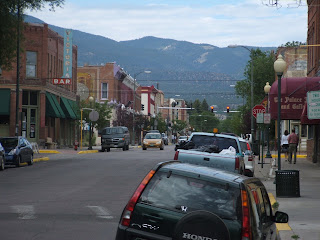 The water has been flowing rapidly with the snow melt. So much so, that it has flooded their little riverwalk. 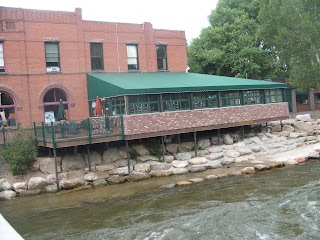 You have to love a tiny town, though, that has bike racks on every corner and in front of most stores! 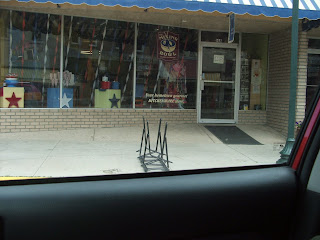 They also make great use of those unneeded horse troughs (I just had to take a picture of the sheep!). 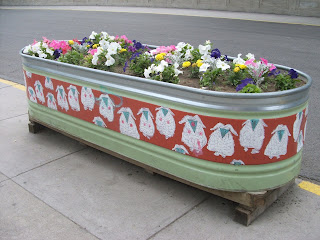 Ok, so those pictures were actually from the 6th. Then a whole bunch of nothing happened, unless you count me going crazy trying to read as fast as I could to get my school work done as well as work on a group assignment paper. Oh, and I smoked brisket on the "big pit," and it was good, but no pictures because I didn't think about it until after it was all done.

So...fast forward to Saturday, July 12th- Grannie wanted to go to the Four Corners, so we did! We pretty much knew nothing about the area, so I looked up restaurants online and found a well-rated one on Tripadvisor.com called Tequila Family Mexican Restaurant in Cortez, CO. The food looked so great, I took pictures of it... 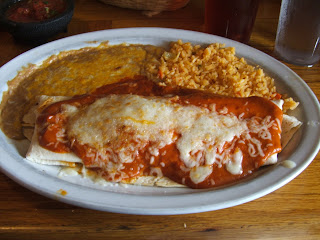 This was my incredibly spicy Chipotle Chicken burrito. 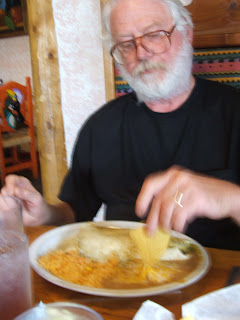 Dad had a very out of focus, but delicious Pork Green Chile Burrito. 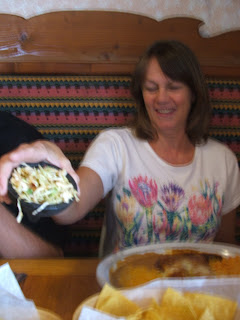 Sharon, holding up a wonderful cabbage concoction that I've only had in Colorado, and had what we all agreed was the absolute best Chicken Mole enchiladas ever known to man. 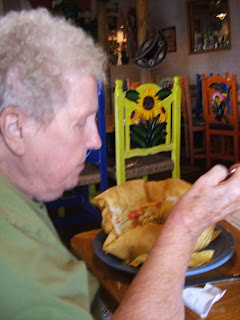 Grannie played it safe and ordered a Beef Taco Salad. She said it tasted just like a taco salad. 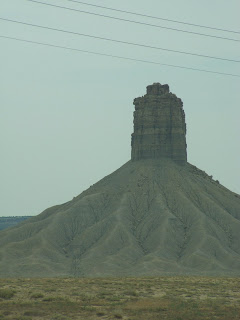 Then, we were off, driving through Southwestern Colorado on Reservation land. 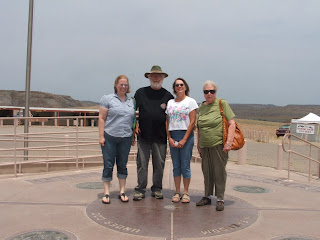 Here we are, in the Four Corners (actually, it looks like only on three of them). 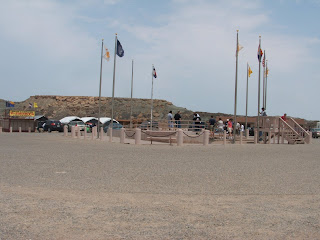 Surrounding the platform are Navajo vendors selling their crafts- I walked away with a cedar seed bracelet a lady put on me to see if it would fit and then refused to take off ($5), an unusual dream catcher made of grapevine ($12), a recorder/flute ($3), a black with white-flecks stone carved turtle on a necklace, representing the creation story "The World on Turtle's Back" ($5), and a pair of silver hooped earrings with the "morning star" design that this little old man grabbed my hand and said that he had exactly what I was looking for and did ($20 from Grannie). Oh, and a sticker for my travel case ($3). I was told that all they had was a bunch of junk there, but almost everything I saw was handmade and the money was going directly to the people selling it, so I was happy.

Pretty near by is Mesa Verde National Park, a place I've always wanted to go to since I was little and stared at the cliff dwellings in National Geographic. It didn't take much whining to get my wish! 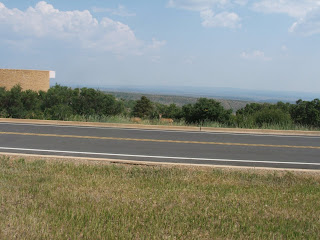 These two deer were creeping along the road near the visitors center. 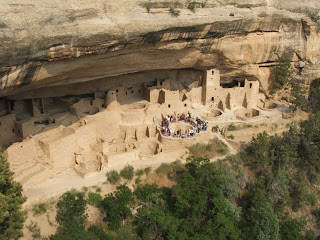 This is the Palace ruins, the largest of the cliff dwellings in the park. I didn't go down into this one because it was getting late and I would be the only one going down. Besides, there was an easier one to get to that was free! 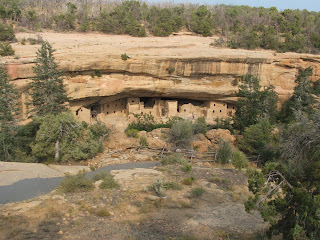 We took the short hike to the Spruce Tree House dwellings. They are the easiest to get to and are unique in that they are by a water source, allowing trees to grow right up to the dwellings. 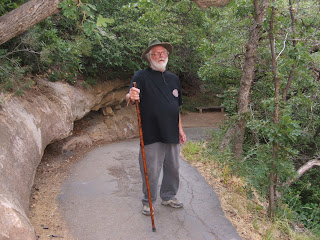 Dad used his big walking stick to threaten the running children...I mean, walk down the trail. 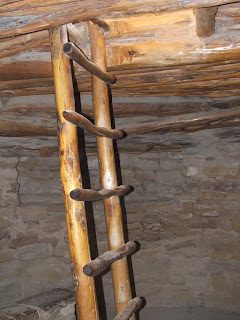 The park services reconstructed a kiva so that visitors can see how they were once used. 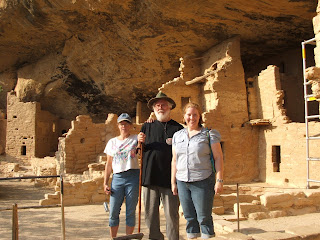 I just thought this was cool and proof that we really did go! This made spending the week with my Grannie worth it all! 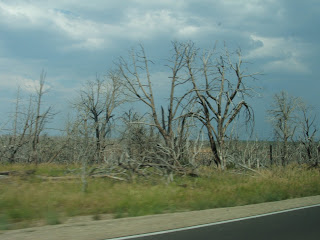 The last look of the park- Wildfires swept through in 1996, wiping out nearly 3/4ths of the parks trees. Nearly all of them are completely gone, but the undergrowth is growing strong.