Happy 4th of July and Happy 2nd Birthday to Ruby and Henry!

Today is not only the 232nd anniversary of the signing of the Declaration of Independence, but also the date of my cute puppies birth two years ago. At least it is the date I have decided, because I'm not quite sure since I've never asked. Chris (who saw a sucker a mile away when he brought the crate of puppies to my house in late July of 2006), if you are reading this, just ignore it if I'm wrong! 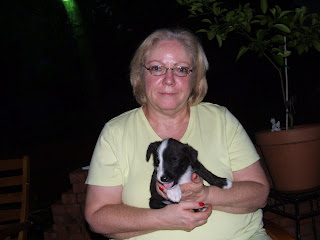 Mom, holding Henry the night we got them in August 2006. 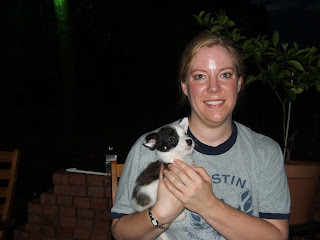 Me, with Ruby, that same night. I found out during that week that she has a desire to fly because she would wiggle out of my hands and fall right on the patio as often as she could! 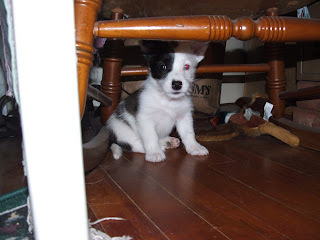 What a cutie hiding with her duck under the rocker. 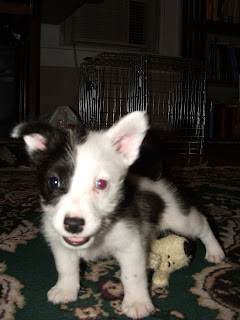 Ruby was a very photogenic puppy, here posing with her "dog worm," and showing off her one blue eye. 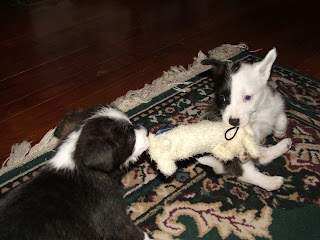 Tug-o-War in the study floor. I can't remember who won. 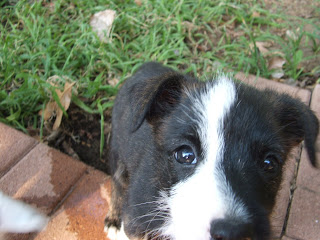 This is the only picture I could get of Henry looking in the camera when he was a puppy. He used to not even look people in the eye. I've worked with him on that and now he stares deeply into your soul with his brown beauties! 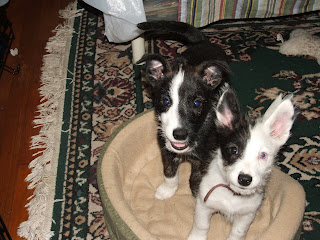 I have no idea how I was lucky enough to get this cute pose. Ruby almost looks like a bat in this one! 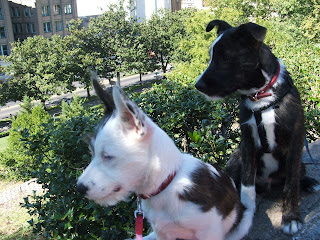 They were a little older here on our first (and really only) out of town trip with them to Hot Springs, Arkansas in October 2006. We found it is still kind of difficult to travel in the US with dogs, unless you are camping. There are just not very many dog friendly places. 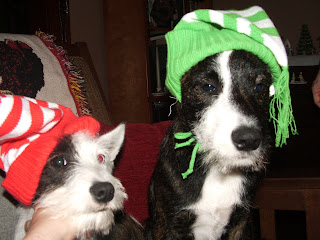 This is one of the outtakes from their First Christmas card picture. They were so tired, I had to hold Ruby's head up just to get her in the frame. The picture I finally used was the very last one and then they went to bed. 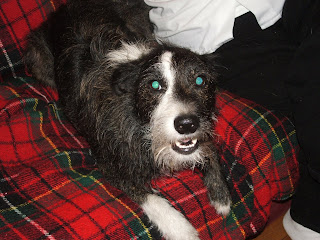 Henry and his glowing eyes... 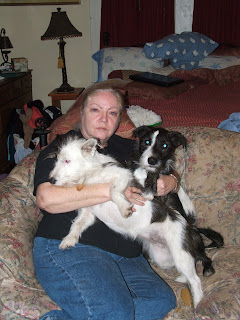 They pretty much attack my mom when she comes over after work from the bakery. I think they want to lick the icing off of her shirt and arms. 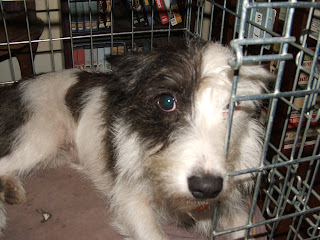 Ruby in her "bedroom." 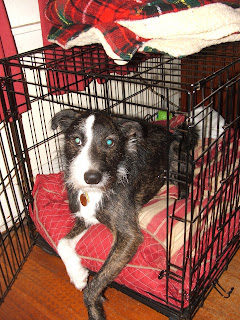 Henry in his "bedroom." 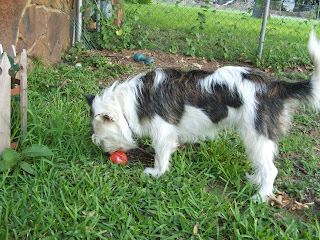 I found out Ruby loves tomatoes when she stole this split one out of my hand as I was tossing it into the compost pile. She ran around the backyard with it until she decided to stop and eat the whole thing in about 5 minutes. It didn't make her sick, so I guess if I run out of dog food... 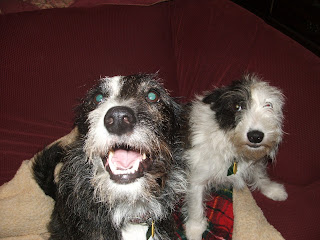