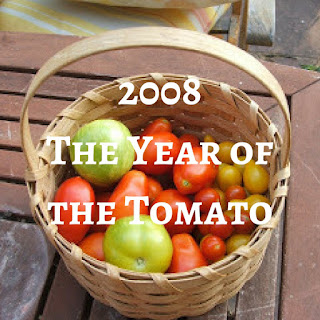 When I first started blogging, way back in 2008, I wrote mainly under the name of “The Green Texan.” It was mostly a sustainability blog, where I wrote about gardening, using less energy, recycling, and more. I actually combined all of my blogs under one umbrella when I started blogging under my own name last year.

I still have those “green” tendencies, however. I just haven’t written about them so much. I think I was following the wave of blogs that I was reading back in the late 2000s. Those were the days people worried about their carbon footprint, toxins in their makeup and hair products, and growing gardens in their backyards. It was pre-Obama and just at the end of the Dubya administration. We weren’t sure where we were going as a society, but we were going to do everything we could to hold on to hope that it would get better. I think the progress of the Obama administration kind of took out the spark in that movement. Either that, or it was the hipster takeover. I’m not sure. It seems that the bloggers I was following, with names like “The Crunchy Chicken” and “Green as a Thistle,” were handing out the ideal way to live a simpler life, with less consumption. This was also about the time when I started following a little cooking blog called The Pioneer Woman, before everyone knew that this was Ree Drummond, before the show and way before Walmart! This was the age of the Mom Blogger. I didn’t know that’s what it was called at first, but I always envied all the time that they seemed to have to churn out blog posts every day. I think the only one of the bloggers I followed that was similar in age and singledom than I would have been “Green as a Thistle,” and she was Canadian!

All of these lady bloggers really gave me the inspiration to develop my own blogging chops. I wasn’t very consistent, but I definitely wanted to share my abilities with the world. We were all so passionate about doing everything we could to save the planet. What happened to that passion? Was is squashed with the advent of Portlandia? Certainly the more hipster, hippie-dippie trends took over. To be honest, I did try some crazy things in the name of using less non-renewable resources. An old-fashioned clothesline? Yep, until it broke. It took me a while to decide I just needed to put it out on the curb for the scrap man. I also bought a bicycle. One that I rarely ride because there is nowhere in my neighborhood that is safe enough to ride a bike without getting ran over.

That year or so that I did that part of my blogging life was one of my more productive writing times. I think it was a creative distraction for me while I finished my Master of Library Science. I was also in a new job that did not have me nearly as busy as I had hoped to be. Also, this was before I discovered Facebook. I can look at my blogging history and see exactly where everything started going downhill for my blogging. I think social media did that for a lot of bloggers. The blog forced me to experiment with my writing and a different way of living. Facebook kind of insulated me into another world. I am hoping to get back to this world I used to be a part of. Not just the writing, but living a sustainable life, with a simply sophisticated twist.
Posted by Rachel Pilcher
Newer Post Older Post Home